Chairman Stuart Brown said: “Following the recent recruitment of Bill Orr as Head of Performance Analysis, I am delighted to formally introduce David as the latest addition to Kevin Rutkiewicz’s backroom team.

“David started his scouting journey in an academy role at Blackpool Football Club before moving on to first-team responsibilities. After leaving Blackpool, he continued to work in football, covering the SPFL for a number of clubs in England and Europe and then moving into a recruitment role within one of Scotland’s Elite Academies. He has built a strong network during his time and his enthusiasm is well reflected by his continuing commitment to his personal development through the pursuit of adding to his already impressive list of qualifications in the game.”

Manager Kevin Rutkiewicz said: “I would like to welcome David to Stirling Albion. There are many moving parts behind the scenes at football clubs but none more important than the recruitment of the best footballers available to us. In David, we have a very driven and hungry person who has already provided us targets and information which just wasn’t there before. David is an experienced scout and will use his eye to not only unearth the talents of tomorrow but to give us detailed information on the opposition as we go forward.”

David Peat said: “I’m absolutely delighted to be able to take on the position of Head of Scouting at Stirling Albion. After speaking with Kevin, and listening to his plans for the future of the club, it was clear this would be an exciting challenge. We have already been working hard ahead of next season, which is something we will be doing continuously throughout the summer. I have experience in both academy and first-team recruitment, as well as opposition analysis that I will be looking to bring to the role. This is a great club with a loyal fan base and I’m excited to be part of what is happening here.” 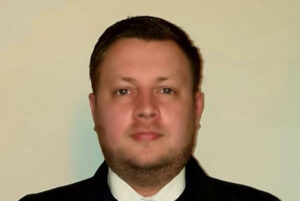